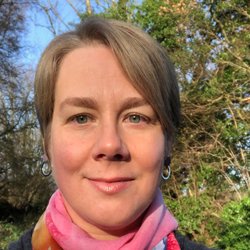 Hannah Charman is a Medical Herbalist and graduated from Middlesex University with an Honours Degree in Western Herbal Medicine, following four years of full-time study. Before she began studying Herbal Medicine, she trained as a Reiki practitioner, and was one of the youngest people to train in the Advanced Level of Reiki.  She is a Member of the National Institute of Medical Herbalists (NIMH).

You’ve probably heard of Echinacea being used to help you over a cold, or a bout of flu, but there’s much more to it than that!

Echinacea is part of the daisy family, and native to the prairie lands of North America. Native Americans had many uses for it, including treating Rattlesnake bites, and when the settlers first arrived, they were astounded at how it could offer lifesaving treatment for illness and injury.

The name ‘Echinacea’ comes from ‘Echinos’ which means ‘hedgehog’, because the spiky middle part of the flower looks rather like one!

Since being discovered in the US, Echinacea has become a popular herbal medicine in Europe, and there are now lots of garden varieties.

In medicine, the two main varieties we use are ‘angustifolia’ and ‘purpurea’. The root has the most potent medicinal action, so if you are buying products on the high street, it’s important to make sure that you are getting extract from the root, rather than the leaf. It’s used by Medical Herbalists both to maintain an already healthy immune system, and help prevent illness. At a higher dose, we use it to treat an illness that’s already underway.

Echinacea is known as an ‘alterative’, which means we use it to alter the course of an illness. For example, where there’s an infection which looks as if it’s getting worse and the body is showing no sign of fighting it off (eg, by raising its temperature), Echinacea could be used to help ‘fire up the immune system. For best results small, regular doses should be taken at the first sign of any illness.

How Does Echinacea Work?

Echinacea is more of an ‘immune balancer’ than an ‘immune booster’, and recent scientific studies have helped us to understand how it works. Taking Echinacea activates certain cells in the immune system, enabling it to respond more quickly and effectively to any invading bugs. It’s particularly useful in helping fight off coughs and colds, but has also been found to be effective against infections elsewhere in the body. In laboratory tests, Echinacea has been found good at killing certain strains of Herpes and Influenza viruses. That means if someone’s being affected by one of those viruses, Echinacea both boosts the immune reaction and kills off the virus itself at the same time.

Echinacea also shows potent antioxidant and anti-inflammatory actions, which helps to explain why it’s so useful for so many conditions. Whether the immune system is not working hard enough, or overreacting, Echinacea encourages it to return to normal, and work as effectively as it can.

Who Is Echinacea For?

There are no known cautions or contraindications when using Echinacea (Source: Principles and Practice of Phytotherapy, Simon Mills and Kerry Bone 2000, Churchill Livingstone), but it would be wise to seek advice from a Medical Herbalist if you have HIV/AIDS, or you’re on immune suppressant drugs following a transplant. Likewise, if you have allergies to any plants in the daisy family, it’s best avoided. You may read online that some people feel nauseous after taking Echinacea,  but in my experience, this only happens when too large a dose has been used.

If you are using products that you have bought over the counter, always make sure that you take the dosage recommended on the Patient Information Leaflet and that they carry the THR (Traditional Herbal Registration) symbol, guaranteeing the highest quality and safety in Europe, as approved by the government regulator, the Medicines and Healthcare Products Regulatory Agency.

HRI Cold and Flu tablets are easy-to-swallow and contain potent doses of Echinacea root. Take them according to label dose at regular intervals throughout the day to help prevent and treat colds and ‘flu.

HRI Cold and Flu tablets are approved under the Traditional Herbal Registration scheme.

This website uses cookies to ensure that we can give you the best experience and so that we can analyse and improve the service we provide. AcceptRead more